My social commitment as well as my habit to share food for thought are what earned me the reputation of being a lateral thinker, and those who are familiar with my work know that there are topics that are particularly dear to my heart: Besides my intention to achieve improvements both in the local community (MONTE BOSCO) and at a world peace level (ART4PEACE), I am very much interested in sustainability, an area that is intrinsically linked with the second pillar as the growing distance between rich and poor, exploitation in the supply chain, the scarcity of water but also the increasing number of environmental disasters impacting both flora and fauna, destroy the livelihood of future generations. Conflicts are thus a natural consequence. At the same time, such phenomena are human-made and, as a result, proof of our ignorance and a lack of respect and sense of responsibility.

This awareness was the reason for me to launch another initiative by OWR: RHINO IN MOTION focuses on a broad field, spanning humans, nature and wildlife. Rhinos, an endangered species as we all know, are my favorite animals. The motto RHINO IN MOTION describes my sincere wish because, as long as rhino is “in motion”, there is hope:

Hope that we will be able to change course; hope that we (= human beings) will finally understand that we only play a marginal role within the overall concept of nature, and hope that we will take and defend persistently the right and non-negotiable steps in order to avoid the worst-case-scenario.

Hope is the last to die, and if everyone makes a small effort, this saying seems justified. I personally contribute through awareness-raising art events and initiatives that are all aimed at fostering an (inter)cultural dialogue.

Let’s join forces to ensure that rhino will continue to be in motion - tomorrow and in the future. 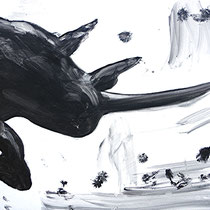 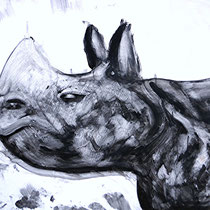 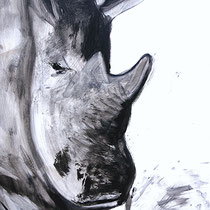 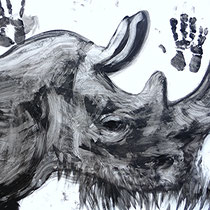